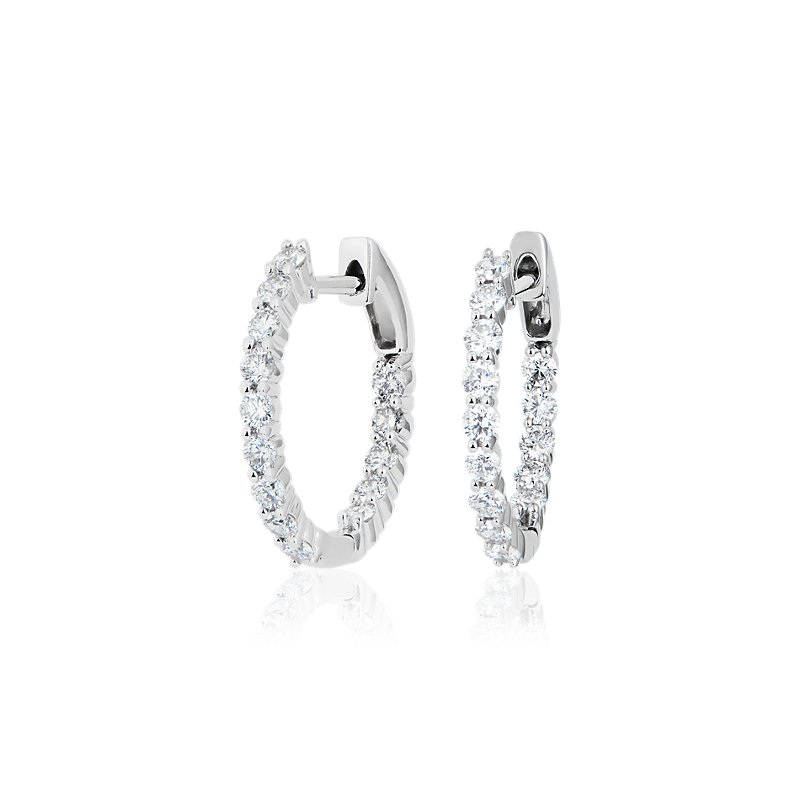 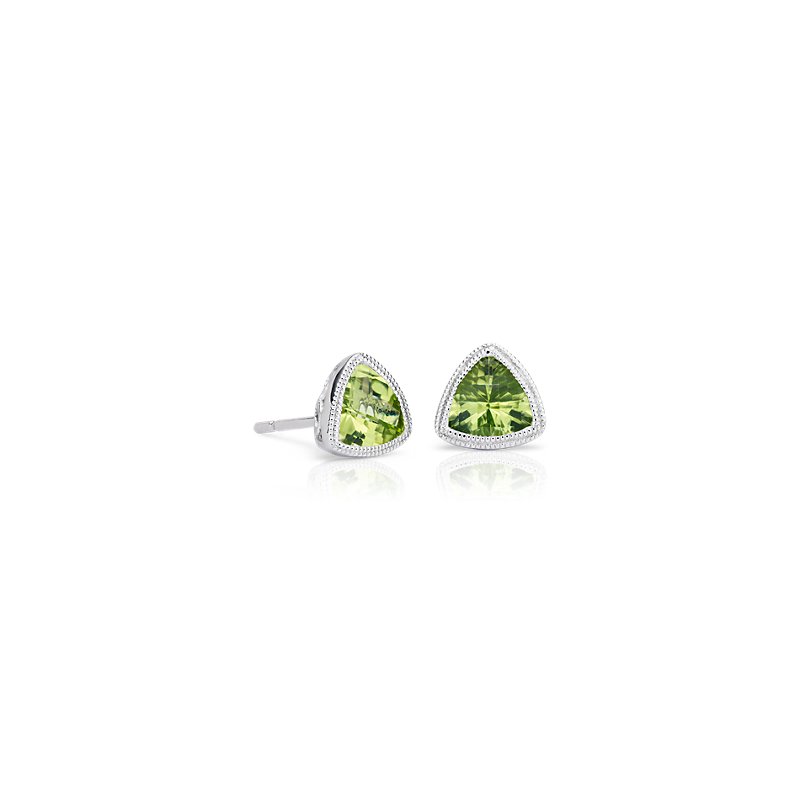 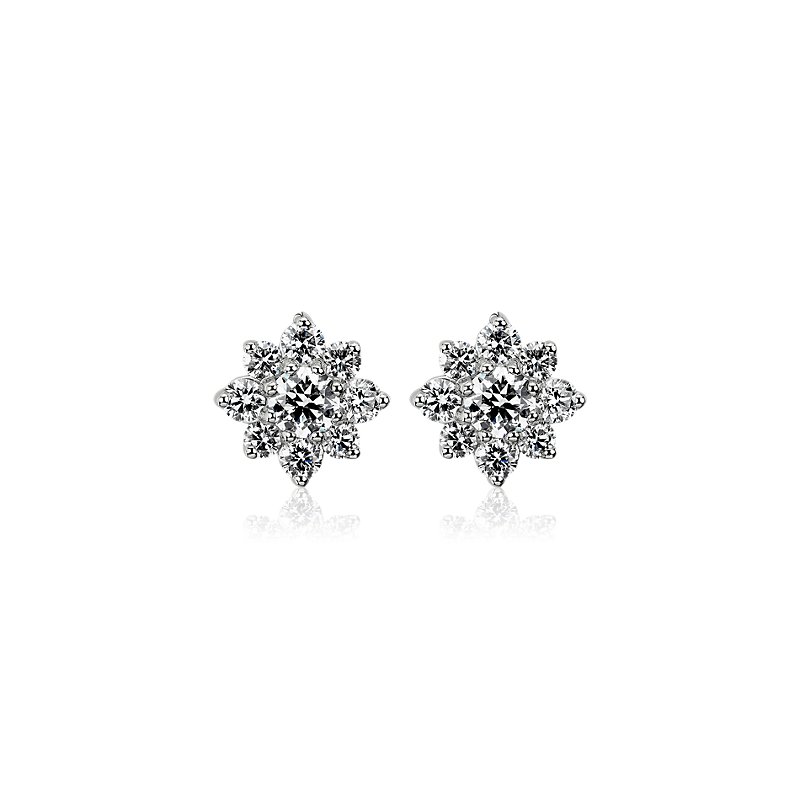 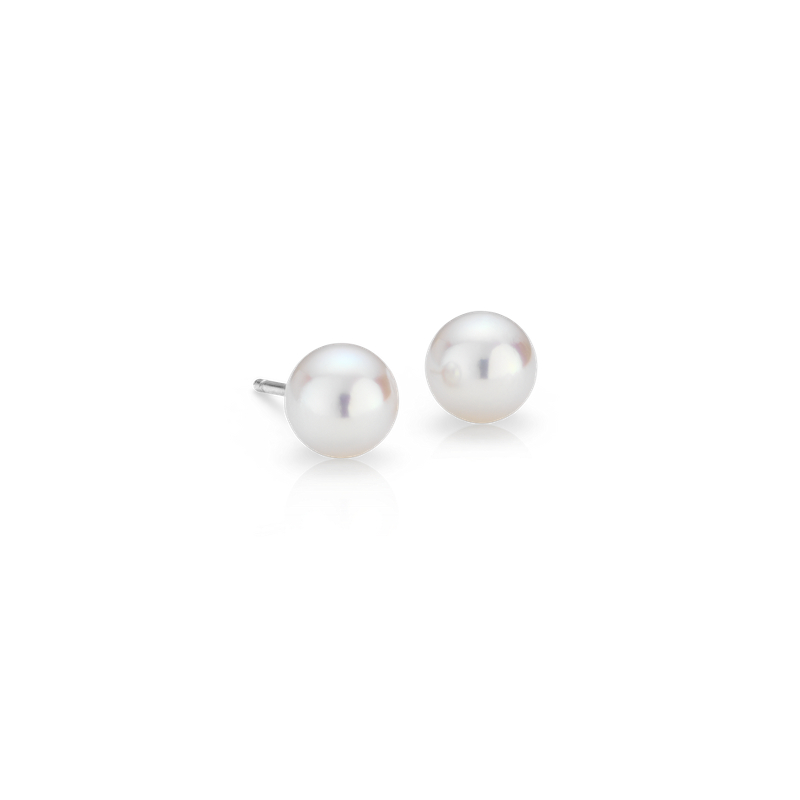 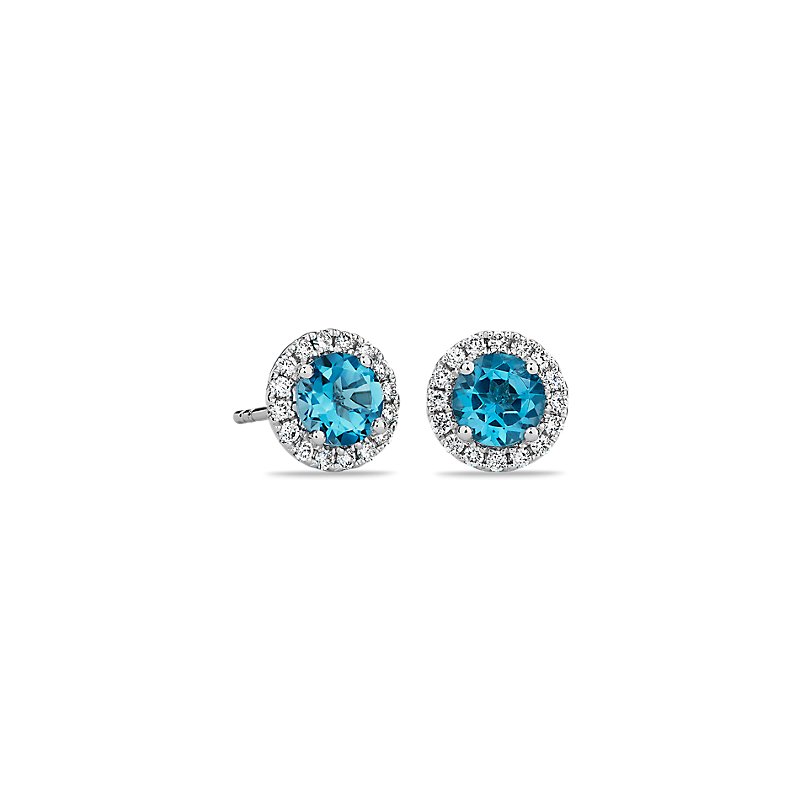 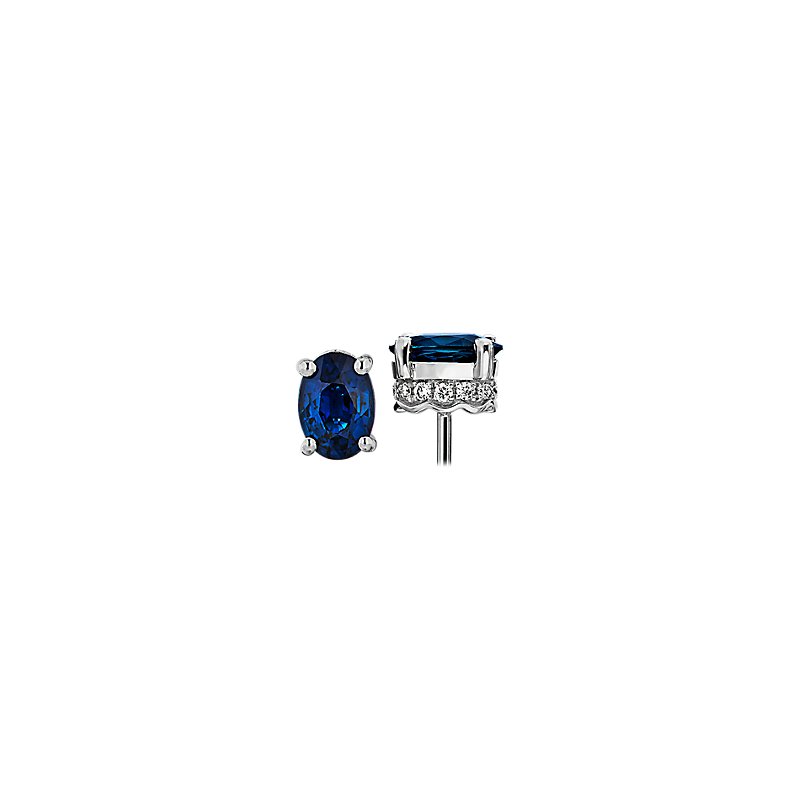 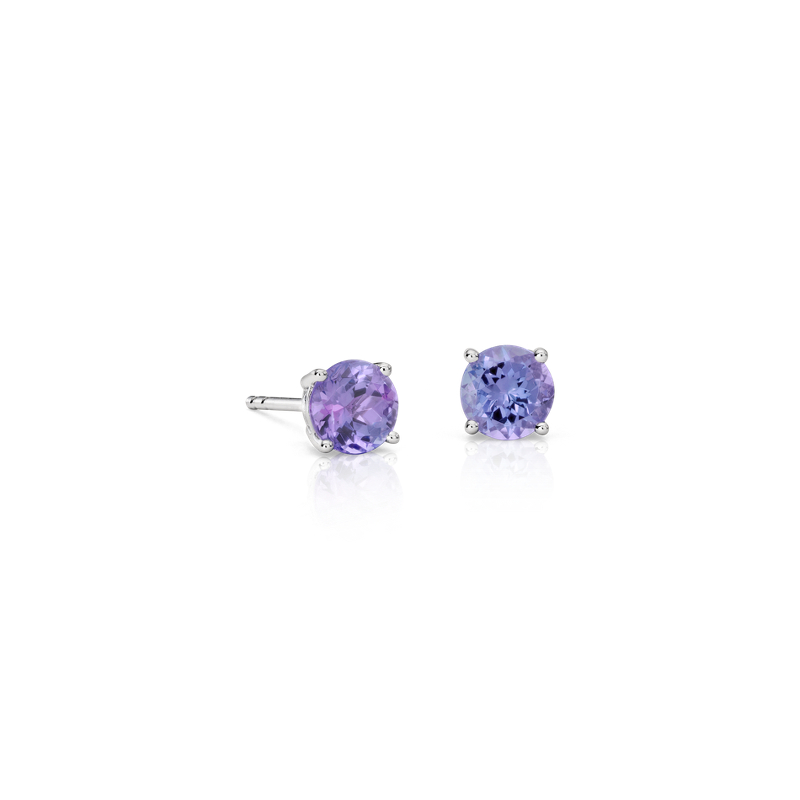 This gemstone has become much better known during the last few years since the blue and white varieties have been fairly ex­tensively used in jewelry. Actually, Zircon is Found in Nearly Every Shade, green, blue, pale yellow, brown, orange, red, reddish-brown, and white, although violet colors are rare.

But not all the colors one sees are original; most of the blues and whites have been artificially treated and they were most likely brown when mined. Dark greens and yellowish-brown are the most common in nature, while the deep, golden yellow stones are rare and therefore reach a fairly high price. The white and pale yellow stones, sometimes known as jargoons, are the product of heating certain yellow and brownstones, as are also the bright blues, sometimes called starlites. The red and reddish-brown stones are occasionally known by the name of hyacinths, or per­haps more commonly, jacinths.

Siam and the adjacent French Indo-China provide most of the zircons we see, and it is here that the stones are treated, as well as cut and polished, before being exported. Suitable brownish ma­terial is selected and this is heated; if successful, either white or blue stones are the result. But in course of time, most of these change, the blues becoming paler and the whites showing a tinge of yellow or brown. Individual stones are affected differently by heat treatment, and some of the bluestones which have paled in course of time may have their color restored by reheating.

It may be noted here that Natural Blue and White Zircons are Very Rare, but it is almost impossible to say which are natural and which have been produced by "firing" for the actual coloring agent of zircon is not known definitely. Both may fade or cloud in course of time, but as neither is of great value—$14 (£5) a carat for a large, Fine Zircon would be a high price—the matter is of no great consequence.

Although not affected by natural agencies, or acids and alkalis, zircon is often thought to possess natural hydration, which may cause the change from a vitreous to a greasy luster, a defect so often seen in cut stones after wear. It may be that the stone is, to some extent, porous, or that auto-irradiation takes place but these properties are still under investigation and they are not yet properly understood. Hardness also sometimes differs slightly within the same stone, although this may be due to polishing.

When Cutting on the Wheel, Many Zircons Fluoresce With a Brilliant Orange Light.

The "firing" of zircons is carried out in Siam and Ceylon, as well as in Europe. Ceylonese Green Zircons, if raised to a dull red heat for about an hour, pale in color and sometimes even lose all their color completely. Eppler and Allen, who, among others, have made a study of zircon, both say that the chief factors in pro­ducing blue or white stones are the place of origin of the rough, the temperature to which such stones are raised, and whether the experiment is carried out in an oxidizing or a reducing atmos­phere, but the whole question of color change is not yet clearly understood.

The white stones, however, are usually a product of the red­dish-brown or yellow crystals and pebbles. In Siam, these are heated in a crude charcoal stove, or in a dried ball of fireclay, and various mixtures are brought into contact with the stones, but it has been established that these mixtures have no real purpose. Cobalt nitrate and potassium ferrocyanide are sometimes used with blue stones, and sodium hypophosphate, silver nitrate, so­dium chloride, and arsenious acid in certain proportions (5, 1,16, and 1 respectively) with white stones.

After a red heat has been applied for about an hour, the mass is allowed to cool, and from this white stones may be cut. Many, however, appear gray and cloudy, and others are completely spoiled during this process. If certain rough stones are raised to a temperature of about 10000 C in a reducing atmosphere for about one and a half to two hours, mostly blue stones will be produced. Some whites may be found; if of poor quality, they may be re­heated and thus improved. In an oxidizing atmosphere of about 900 ° C, yellowish, reddish, and white stones may be produced. Blue stones, which tend to fade, maybe almost permanently re­stored in color by heating in air to a temperature of about 5000 C. Above 850 ° C, they may assume a hyacinth color. But stones do not follow a set rule; some change in color at lower temperatures, while others change in sunlight alone. The artificial changing of color in zircons, therefore, rests at present on a rather vague and unscientific basis.

Good quality stones, when brilliant cut, show considerable "fire," particularly in a dim or in an artificial light. Dirt at the back of a stone reduces this property considerably, as does also surface scratches. Under suitable conditions, Jargoons Approach Diamonds in a brilliance of luster, but there is a heavy look about them which is absent in diamond. This "fire" is noticeable even when colored zircons are cloudy or semi-transparent. A cloudy effect is fairly common in many specimens, and especially in jar-goons and the brownish stones.

Zircon is often found in crystal form, twinning being rare. The crystals are generally found as four-sided prisms, terminated by four-sided pyramids. Sometimes they occur as waterworn pebbles with no definite faces. They belong to the tetragonal system, and chemically they are a silicate of zirconium. Small traces of iron, thorium, and uranium are also often present, and these rarer metals give rise to radio-activity in many specimens.

Zircon is a Comparatively Heavy Stone, its specific gravity vary­ing from 3.95 to 4.86. Most stones give a reading of 4.18 to 4.70, and this is a property which makes their determination easy. Re­fraction, which is double, also varies, the indices being 1.93-1.98, although some stones display only single refraction of about 1.81. This wide range of refractive indices and specific gravities is rather remarkable, as are other properties of this stone. Dichroism is seen in the bluestones only, and hardness is rather low, only 7 1/2, although it may be as low as 6. For this reason, ring stones soon become scratched in wear and need frequent repolishing. Stones of lower denseness are the softest; some are thus scratched by quartz. When stocking a number of these stones, dealers are usually careful not to allow zircons to rub against each other, otherwise, they quickly show scratches, particularly on the facet edges. They are best kept individually, wrapped in tissue paper.

Generally, there appear to be Three Types of Zircon. The first, which includes green, yellow, and brownstones, and occasionally some bluish shades, occur only as pebbles or waterworn crystals. These are all almost singly refractive and show practically no dichroism. Heating tends to fade the colors. Specific gravity ranges from 3.82 to 4.14, hardness is 7 1/4, and the refractive indices are 1.79 to 1.84.

The second group comprises chiefly reddish stones, and these show very strong double refraction but weak dichroism. They oc­cur as distinct crystals. Heating also fades the colors in these stones. Specific gravity is between 4.67 and 4.71, hardness is 7 1/2 and refractive indices of 1.92 to 1.99.

The third group is an intermediate type between the other two groups mentioned. It comprises stones of all shades, some of which may be banded or zoned, and they are much used in arti ficial treatment to change colors. Strong heat increases the disper­sion and changes many to a beautiful transparent white, the spacer specific gravity and other constants being increased. The specific gravity of this group ranges from 4.30 to 4.70, hardness 7 1/4 to 7 1/2, and refractive indices of 1.79 to 1.99. In most zircons, absorption bands of a definite characteristic kind are seen with the spectroscope, and the sharp, dark lines in the color band of the spectrum are often sufficient to distinguish this stone from others.

The Brilliant Form of Cutting Shows Zircon to the best advan­tage, although with larger stones the step cut is often used. The blue stones, although quite different from both the sapphire and aquamarine, are most attractive, and they are, of course, consid­erably cheaper in price than these other two blue gemstones. It may be added that imitations are marketed sometimes under the name of crocidolite, which is usually a synthetic blue or white spinel. Although this blue synthetic retains its color, it naturally has different physical constants from the zircon.

The blue and white stones used to come, for the most part, from southern Siam, in the Chantabun district, where the old sapphire mines were once situated. But in about the year 1921, supplies were almost exhausted and work was commenced in the neighboring states. Although shipped mostly from Bangkok in Siam, the majority of the stones now come from Cambodia in French Indo-China, the center of the industry being the village of Bo-ko-not.

The district is difficult to reach, and Dr. W. F. Eppler, who visited this area in 1927-1928, stated that the stones are extracted by digging pits in the gravel, which lines the valley of the river Hoi Lawne and washing in the usual manner. Water is obtain­able only during certain periods of the year. Most of the mining is done by Burmese, who discovered these deposits, and they ar­range to have the material transported to Bangkok for treatment and cutting, whence they are shipped to other countries.

Stones are treated in the rough, before being cut. Transparent brownstones are also found in the northern province of Laos (near Bassac), while the finest white stones come from the Kha district of Indo-China, although many of the mines in this district are now exhausted. Good specimens are also found in Ceylon, where they are found as pebbles in the gem gravels. Here, the white stones were once thought to be diamonds, and they are still locally known as Matura Diamonds from the mining district of Matura.

There are other localities which yield stones, and among these are India (Travancore), Madagascar, Tasmania, the U.S.S.R. (near Chklov), and France (Expailly). An alluvial deposit was discovered in 1937 at Nijni Soldinsk in the U.S.S.R. Red and brownstones are found in New South Wales (Mudgee), and some fine specimens, many twinned, of a cinnamon red color, are found in Ontario, Canada. Most of the deposits seem to be in the mountainous country and at high altitudes.

The term Zircon is Probably Derived From the Arabic, meaning vermilion, or perhaps from the Persian zargoon, meaning gold colored.

The rough mineral is an important source of the zirconium of commerce. As a jewel stone, zircon is deservedly popular, be­ing brilliant, attractive in color, and reasonable in price. Its soft­ness and tendency to change color are its chief detractions, but scientifically it is one of the most interesting of gemstones on account of its varying physical properties. The Blue Zircon is the cheapest substitute for aquamarine in moderately priced jewelry, and its recognition and use by the general public is increasing.